The Luck of the Irish Beer That Will Hit the Jackpot

Beer and Ireland have a long and harmonious relationship.  Historically Ireland produced ale, without the use of hops as the plant is not native to Ireland. Large quantities of hops were imported from England in the 18th century. In 1752 more than 500 tons of English hops were imported through Dublin alone.  In the second half of the 18th-century beer, mostly porter, was imported from England in increasing quantities: 15,000 barrels in 1750, 65,000 in 1785, and over 100,000 in 1792.  In the 1760s about 600,000 barrels of Irish beer was brewed annually in Ireland.

During the 18th century, the Irish parliament used taxation to encourage brewing at the expense of distilling, reasoning that beer was less harmful than whiskey.  In the 1760s the Royal Dublin Society offered prizes to brewers who used the most Irish hops and those that produced the most porter.

So why is Guinness the most popular and iconic St. Patrick’s Day brew?  Light-bodied and low in alcohol, Guinness is perfect for consuming throughout the day.  You won’t get too full or intoxicated (given you consume in moderation).  Dark brown, Guinness reveals a nearly black body with a tawny cloud of cascading bubbles forming a silky tan head.  The aroma is unsweetened chocolate and roast. You can pick up a bit of sourness, which is what gives Guinness its distinct smell and taste.  The taste is light and thin, just right for day-drinking.  Despite what people may tell you, this Irish beer is not “thick” or “a meal in a glass.” It’s also not strong. It’s in the low 4% abv range and definitely won’t fill you up.


So whether you want to get your Irish beer on with Guinness or just enjoy the finest selection of craft brews around, stop by City Vineyard. We’ve got you covered for St. Patrick’s Day, the Ides of March, and everything in between.

Get Our Monthly Newsletter and Ongoing Wine Updates!

Please complete this form to request to get articles and news from City Vineyard.

Get Monthly Newsletters and Ongoing Updates!

Please complete this form to request to get articles and news from City Vineyard.

Please Complete This Form to Request to Join The Club

We are excited to have you!

Please complete this form to request to join one or more of the clubs at City Vineyard. Once you click “Submit,” we will be in touch with you to complete the registration process.

Once we receive your request, we will contact you to set you up with a membership. 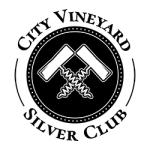 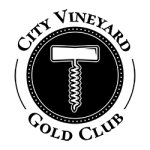 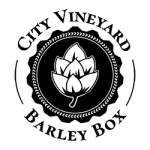 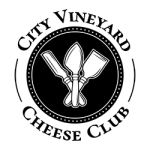